Founded in 1943, São Paulo-based Banco Bradesco enjoys a long history as Brazil’s most popular bank. But over time competition increased as a result of Brazil’s denationalization of the banking industry and because of choices afforded a newly developing middle class. In 1995, Bradesco saw their competition gaining ground.

Bradesco decided to revitalize its identity in order to convey that it was much more than a local bank:  It had become the most technologically sophisticated banking network in all of Latin America, and a player on the world stage. A new identity must help overcome widespread perceptions of Bradesco as being slow, bureaucratic and decidedly customer-unfriendly. It must herald Bradesco as technologically superior to the competition.

The new Bradesco symbol of an abstract tree (a symbol of growth and protection) also suggests the globe and banner (“Order and Progress”) of the Brazilian national flag. The wide-ranging program, throughout Brazil (and Argentina), includes comprehensive forms, collateral, interactive and environmental components. 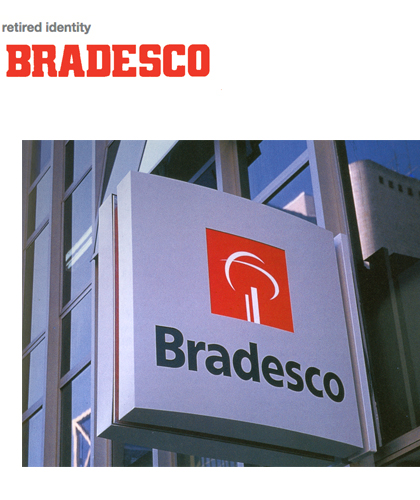